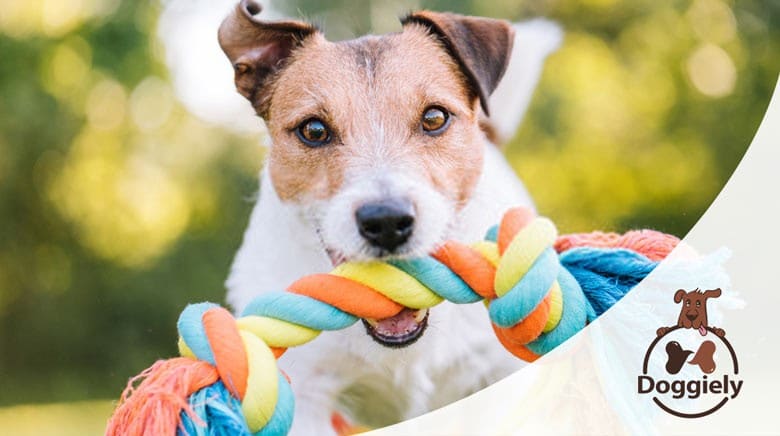 Dogs instinctively bring things to people, and this is not a habit exclusive to retrievers alone contrary to the belief of many. This behavior doesn't necessarily have to come with any form of training at all on your part as an owner. So, maybe you've been wondering why does your dog shove toys in your face with its teeth.

So, why do dogs shove toys in your face? There are so many reasons why your dog might be bringing its toys to you and they include: Your dog might be doing this just t get your attention; or it just wants to play. And it could also be a way of your dog telling you it is in a happy mood or it just seems to enjoy it.

Going further, this post would not only answer your question but also give you insight on how to either correct this habit or manage it properly, depending on which you'd prefer.

6 Reasons why dogs shove toys in your face?

Read on below for an in-depth analysis It’s imperative that you understand what drives this behavior as each conveys a different meaning, and understanding them could guide you when dealing with your dog. 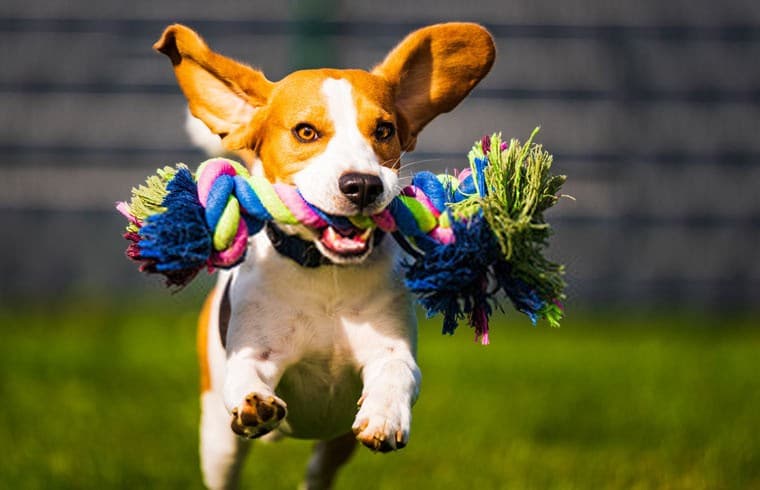 1. Your dog is trying to get your attention:

Your dog might be bringing you its toys because it hasn't been getting much attention from you and believes you'd find such an attempt cute or worth praising. Dogs feel emotions like humans do and they hate it when they are seemingly being neglected or ignored.

Dogs generally love to play and sometimes never seem to tire of it. Your dog might be shoving its toys in your face when it wants to play a game with you. ​

might not seem too bad, but if not cautioned might lead to certain bad behavior from your dog, for example, if your dog begins to growl, bark or jump around aggressively when you refuse to play with it, when you're busy with something else.

Hence, many dog owners particularly find this habit rude and bossy and do not try to reward or encourage the behavior in any way. They see it as needy and prefer to only play with their dog based on their own terms. This is to ensure good behavior and to teach their dog its place.

Dogs always love to show excitement in whatever way they can. Your dog bringing toys to you in its mouth might just be its way of showing you that it is glad. Notice, when your dog brings you its toys, is it only when you come home from work? Does your dog also do it to guests that come visiting?

If so, then it could just be a way of saying "hello" and welcoming you. Your dog might just be telling you that it misses you and is glad you're back and might not be comfortable showing this by making eye contact.

4. Your dog sees you as the alpha:

Many primitive instincts of dogs [1] still stay with them even after years and years of domestication, and bringing toys to you might be one of them. This might sound confusing, but is really straightforward.

You see, out in the wild, the lower members of a pack present gifts (which would usually be in the form of prey they caught in a hunt) to the alpha of the pack as a show of respect and loyalty. They do this to ensure they have a favorable standing with the alpha of the pack.

Hence, your dog bringing you toys might be a way of showing you that it sees you as a higher member and wants to win your favor and be in your good graces.

5. Your dog seems to think you love it:

You might want to think twice the next time you want to point accusing fingers at a habit your dog seems to take on, because you just might be at the other end of the finger. Your dog might be shoving toys in your face because you have been giving it gifts for doing so. If you don't want to promote such a behavior, then you shouldn't reward it whenever it brings toys to you.

6. Your dog is trying to get you to buy it new toys:

Your dog shoving its toys in your face might be a way of telling you it doesn't want them anymore. This might be because you've allowed other dogs play with its toys or maybe the toy is broken and it wants new ones. Does your dog shove the toys in your face then walks away from it?, If so, then you might want to consider that your dog is trying to tell you that it doesn't want to play with them anymore.

Everyone would agree that they'd rather take their dogs shoving toys in their face as a show of glee and excitement, rather than barking and jumping around in the house. This is because one is considerably safer and less annoying than the other, and would most likely not lead to any items in the house getting wrecked.

However, what happens if your dog begins to grab delicate items in the house or even trash from the bin to present to you as a form of welcome. Well, that doesn't sound so pleasant, does it?

Hence, you might want to manage this habit by ensuring your dog has enough toys at its disposal, you might want to put a bunch in its crate. This would ensure your dog doesn't end up bringing things you'd rather have stayed in your bedroom, out to you when visitors come around.

If you do not want this behavior to continue at all, then you might want to give your dog simple commands to go drop the toy somewhere else when it tries to shove it in your face.

Positive reinforcement of certain habits in your dog is not exclusive to giving it treats or gifts when it does these things. It could even be something as simple as offering a warm smile or a light pat on the head when it brings you its toys.

Hence, this is something you might want to take with better caution as dogs tend to read facial expressions and overall body reactions and are very good at it too. So, you might just be reinforcing an attitude even when you think you aren't.

You might want to check this out this brain training program for dogs by one of America's top professional dog trainers, if you desire further and more-detailed information on what to do and what not to do when around your dog to avoid encouraging the wrong habits and as well increase its hidden natural intelligence.

This site uses Akismet to reduce spam. Learn how your comment data is processed.

Brain is a dog lover. Dog training has become a passion for him. With many years of experience, he is here to share his tips and ideas.

Doggiely does not intend to provide veterinary advice. We go to great lengths to help users better understand their dogs; however, the content on this blog is not a substitute for veterinary guidance. For more information, please read our privacy policy & disclaimer.

Scroll back to top
0shares